If you’ve spent any extended amount of time in the Bradenton or Sarasota area, you know that Snooty the Manatee is kind of a big deal around here.  And that’s probably well deserved.  Given his status as the oldest living manatee in captivity (possible also holds title as oldest manatee in the world), it’s no wonder it continues to draw a crowd every year for his birthday.  I don’t know of anyone who grew up in Bradenton who doesn’t remember taking the field trip to the South Florida Museum and Aquarium to see Snooty eat the 70-80 lbs of lettuce and other veggies he consumes each day.

For more on Snooty you can read Age is catching up with Snooty | HeraldTribune.com, though I liked the title of the paper version of the Herald Tribune Article a little better, titled “He’s Easing Into Age 65” talking about his power naps but still waking up for the party.

For the Live Snooty cam go to http://www.southfloridamuseum.org/TheAquarium/SnootyCam.aspx 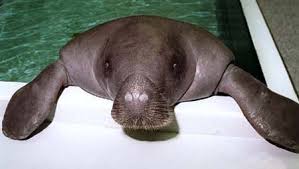 We cannot predict
the future, but we can help you plan for it.

One of the most traumatic experiences that a family can have is when a family member passes away. Unfortunately, the trauma can be even worse if someone...

For twenty-five years, Boyer & Boyer, P.A. has been dedicated to serving those who are aging, individuals with special needs, their families, and our community. Our firm...

Suspect Elder Financial Abuse? Here’s What to Do.

Elderly people work their whole lives to be financially secure when they retire. They will rely on that money to carry them through illness and other expenses...

On November 30th, the attorneys and staff of Boyer & Boyer, P.A. got together for Shoe Boxes for Seniors, one of our favorite holiday traditions. Shoe Boxes...

How the Legal Community is Helping Victims of Hurricane Michael

Thousands of Floridians were critically affected by Hurricane Michael. Homes were destroyed and lives were taken, but the legal community is doing everything they can to help...

Subscribe to our Legal Update
and receive our FREE